Here’s an idea my wife suggested: Go through your friend list on Facebook and Twitter. Select the ones you get along with the best (the ones you consider close friends, confidants, etc). Then unfriend them. Stop following them. That’s it. Sound crazy? Why would you do such a thing? Because Facebook and Twitter may have warped our perception of “closeness” of friends. The constant stream of updates from our friends saturate our brain. We experience the daily events of everyone, regardless how close or distant we are, at the same “volume”. Things get worse when mere acquaintances post far more frequently than our best friends. These close relationships get pushed aside to make room for noise of all the other people we “friend”. Why is this? Because unlike our social media outlets, our brains have a finite capacity for simultaneous connections. It’s called the Dunbar Number.

You can read the detailed Wikipedia article on Dunbar’s Number here. But I can give you the summary. Robin Dunbar, a British anthropologist, thought that based on the size of our brains, primates had a physical limit to how many close social relationships we can maintain at once. His definition of a close relationship was that each member of this group would know not only who everyone else is, but also how each person is related to one another. This doesn’t necessarily mean blood relation as much as who is friends/enemies with whom, etc. Based on his research, that number is 150. He corroborated this limit by analyzing hunter-gatherer tribes of our Neolithic ancestors and found the average size of these tribes were, you guessed it, around 150 members. 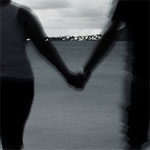 Fast forward several hundred thousand years and this number is again observed when Indiana University scientists analyzed activity of almost 2 million Twitter users. They consistently found that the average number of users who comment on or retweeted was between 100 and 200 users.

Dunbar suggested that 150 was the absolute maximum. Rarely did ancient tribes meet this limit unless there was a shortage of food, an enemy threat, or mass exodus. Usually the average size a cohesive social group was 80. So what if you have 1000+ friends? Unless you are a celebrity or are representing a company where you are more concerned about broadcasting (one way) rather than conversing (two way), you probably have a lot of strangers in your network.

Instead of using your social media platforms as the only method for keeping in touch with all your friends, perhaps try it to keep tabs on distant relationships. This should free up your mind to invest in real one-to-one conversation    (email or – gasp – face to face) with those you like the most.